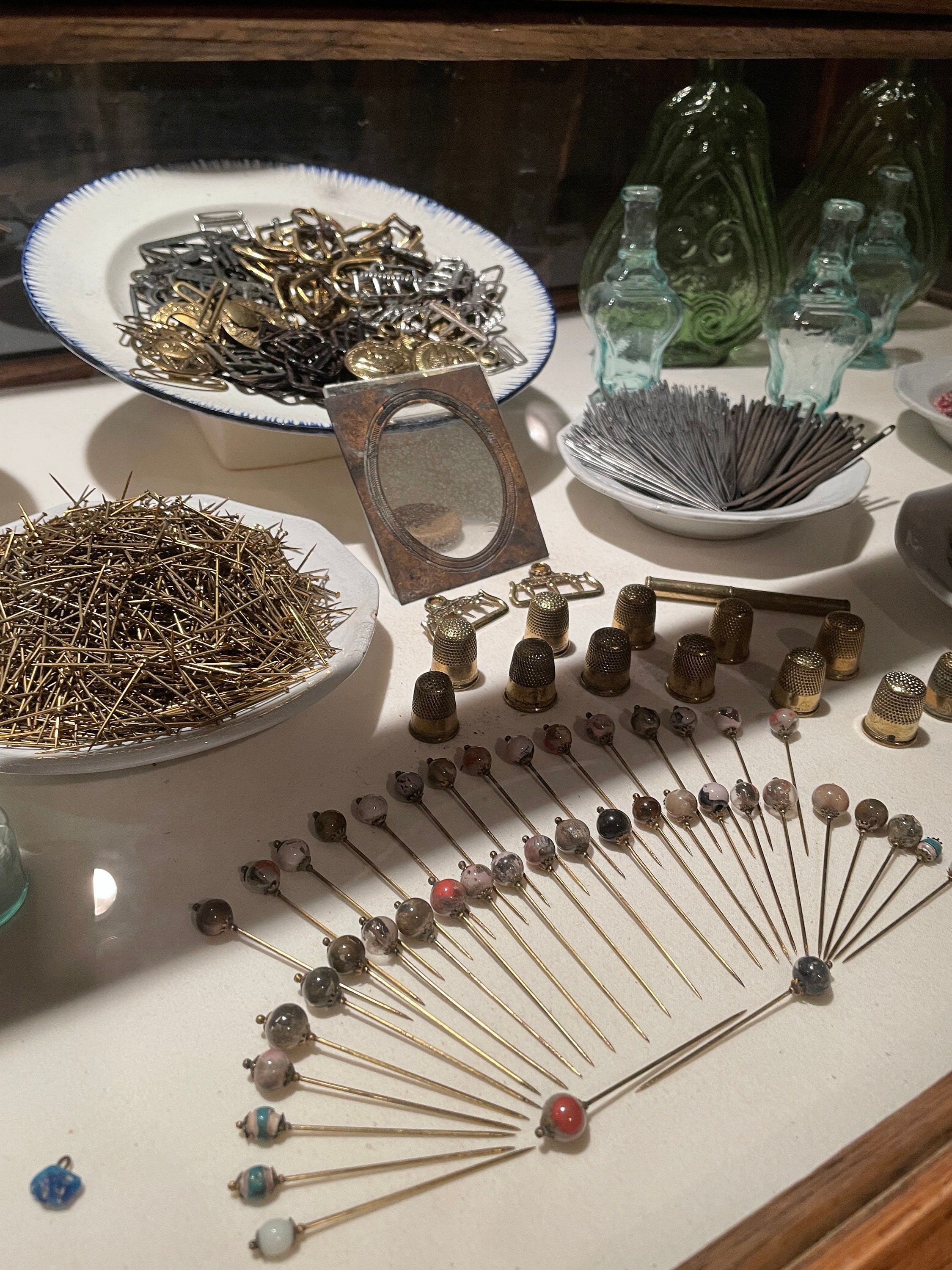 We can learn a lot from the past. An example of this theory is shown in this photo showing sewing notions found on the Steamboat Arabia, a riverboat recovered from where the Missouri River once flowed.

The sewing notions are among thousands of items found on the boat and carefully cleaned for display at the museum in Kansas City, Missouri. According to the museum website, the riverboat sank on September 5, 1856. Recovery efforts began in 1988.

The boat carried 200 tons of items intended for general stores in 16 Midwestern frontier towns, as well as mail and tools. The website states: "The  steamer was still fully loaded when it hit a tree snag and sank just 6 miles west of Kansas City. Due to erosion, the Missouri River changed course over time, and the Arabia was buried underground for over a  century – along with all of its precious cargo. Lying 45 feet deep beneath a Kansas cornfield, the Arabia’s payload was protected from light and oxygen and, thus, was remarkably well preserved."

The recovered needles, thimbles, pins, beads and other sewing objects can be seen at the museum, along with food, shoes, clothes, kitchen cookware, dishes, ropes, ladders, and many other pre-Civil War items. All are displayed nicely, along with other special features showing the recovery efforts. Visting the museum is definitely worth your time!

Previous Post The Old is Gone, The New is Here
Next Post Protection, Honor and Faith
0 items in your cart